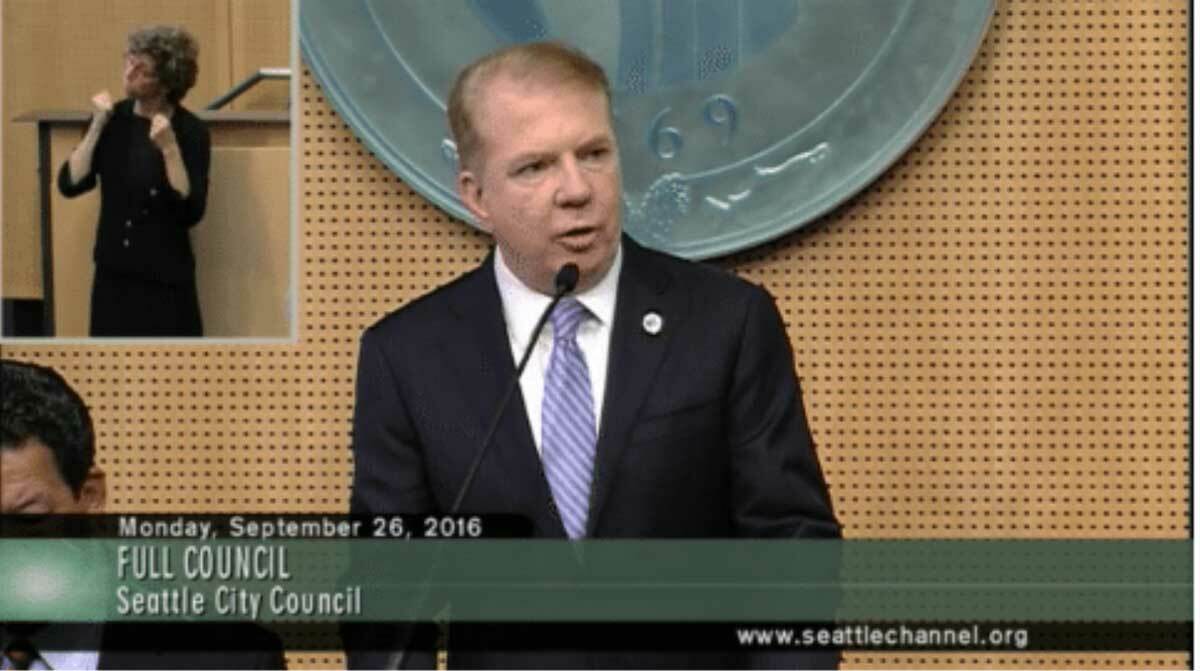 While Mayor Murray gave his speech from City Hall, Seattle Channel, Seattle’s government access TV station, had a Streambox rackmount encoder/decoder at its broadcast center receiving video from the HD video cameras. The encoded live video was streamed to Streambox Cloud for transcoding and delivery to YouTube, Facebook, and the city’s websites.

For redundancy Seattle Channel had a backup system of a ProRes camera connected to a Streambox Avenir Micro mobile encoder in City Hall Chambers. The Avenir Micro bonds all available wired and wireless networks for reliable streaming even in areas where one network would not suffice. Although the backup unit was not needed, having it available provided comfort for the staff concerned with reliability given previous streaming failures.

Seattle Channel used Streambox Cloud for distribution to Facebook, YouTube, and Seattle Channel’s website, as well as using Streambox’s embedded plugin for the City of Seattle website. Streambox provides multi bitrate streaming which matches the best possible resolution and bitrate with the viewer’s bandwidth, giving them the best video their internet speed will allow.

City of Seattle’s CTO, Michael Mattmiller, watched the feed on multiple devices to oversee reliability due to the fact that Seattle Channel’s previous solutions had not been able to achieve sustained reliability. Streambox performed perfectly on not only one, but four sites at once so Seattle Channel now has a clear and reliable solution for the future.