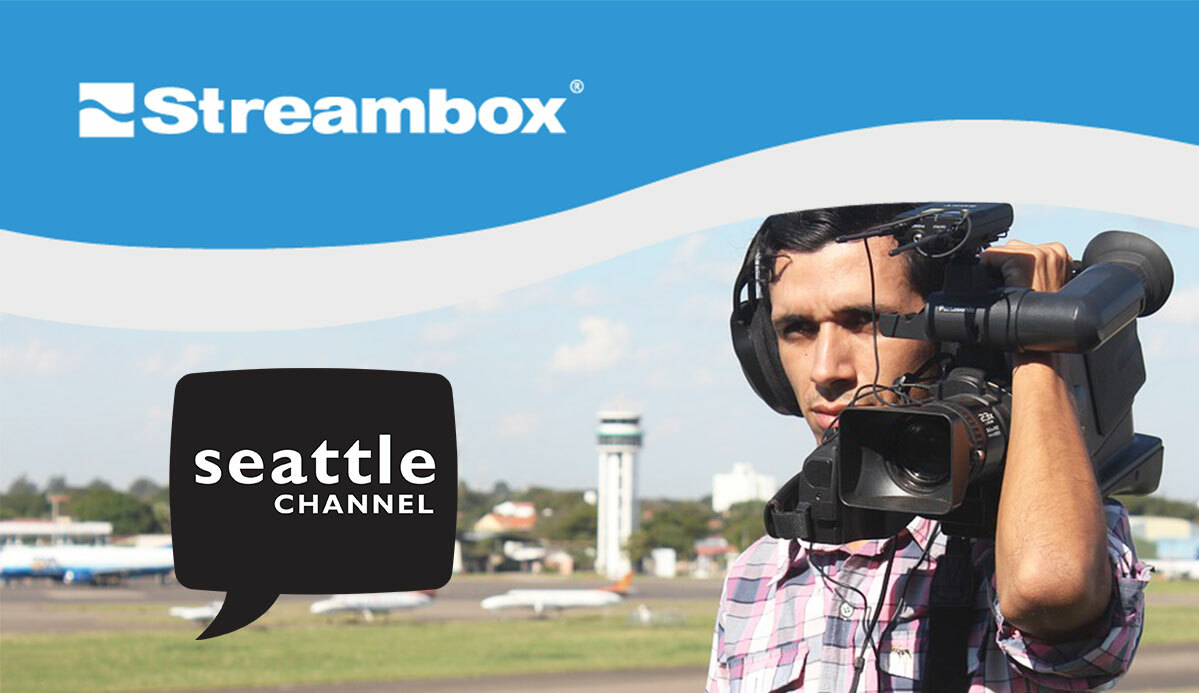 Seattle Channel is a government-access cable television channel dedicated to keeping the public informed. Supported by cable television franchise fees, Seattle Channel primarily covered city council meetings when it first launched. The organization expanded its programming in the 1990s, changed over to digital in the 2000s, and then upgraded to HD.

The organization began with streaming of the channel and includes VOD capability. About five years ago, there was a strong desire to stream live events, especially to the web. Initial attempts were made using laptops and capture devices. In addition to the time and complexity of this approach, streaming was not dependable or reliable. Then some purpose-built systems were tried but still lacked the required performance and reliability while presenting a complicated setup for the users. With a major mayoral event approaching, it was realized that a better solution was required.

The task of finding something that would produce better results fell to Daryl Peck, Seattle Channel’s experienced chief engineer. After researching various options, he found a supplier that was not only local but would rent out a system for the organization to use at the upcoming event. Accordingly, a Streambox Avenir Mini mobile encoder was used at the location. In addition to having a system with high reliability and high quality to feed to the web, by routing back to a Streambox HD decoder at the station, the output was suitable to put on the channel as well. The results met all expectations and a decision was made to purchase a system. The channel originally used version 2, but now have version 4 systems.

An important part of the purchase decision was the option to purchase rather than lease, and the ability to use cellular and network accounts the city already had in place, saving Seattle Channel from paying additional account fees from a system supplier.

The flexibility and scalability of using Streambox is an important aspect to Seattle Channel. For acquisition, the small, battery-powered system is fast and easy to set up and use. Depending on the location, users can choose a wired, Wi-Fi, or mobile cellular connection. The Streambox mobile encoders go one step further by including a low-delay multi-path protocol with bonded network support.

About this capability, Daryl states, “This is key to the whole reasons why we can go to so many places. The system is configured for which network gets priority, and automatically switches over to fill in if connectivity degrades to an unacceptable degree.” The practical effect is that they are able to perform reliable streaming at high quality from almost any location.

Streaming transport to destinations is also flexible and scalable. Seattle Channel uses Streambox Cloud Services in multiple ways. The station typically uses the services package to send streams to its website or to social media platforms including YouTube and Facebook. The station can also send live streams back to the Streambox HD decoder in its equipment room to put remote content directly into the channel output. In other cases, the station can send streams to all the fore-mentioned destinations at the same time. The system can also be used to send with a direct point-to-point connection. This versatile functionality even permits Seattle Channel to connect to other organizations with Streambox systems for cooperative content sourcing.

The transport routing and management are very easy and simple to configure without a lot of steps, which greatly helps when there is not a lot of time for setting up. As Multimedia Producer Jennifer Nerad puts it, “Push this button and go, it is so simple you do not need to be ridiculously technical or overly detailed.” The Streambox software provides the routing, control, and preview for sending to multiple destinations depending on the various requirements of each event.

Having used Streambox streaming solutions for a number of years now, Seattle Channel continues to be impressed with the reliability and picture quality it is able to receive from event locations on a consistent basis. While station staff appreciates being able to call and talk to Streambox support personnel, they have found that typically nothing goes wrong to require assistance.

Daryl relates that streaming helps Seattle Channel fulfill a real need: “That’s a driving force here. The government is super big on accessibility by their constituents, and they realize this is one way they can fill in a gap.” Streambox provides high-quality, reliable, and cost-effective live streaming solutions to cover live events not only for PEG stations like Seattle Channel but many other types of organizations looking to include live streaming as part of their media offerings.

Portable encoder/decoder with support for IFB